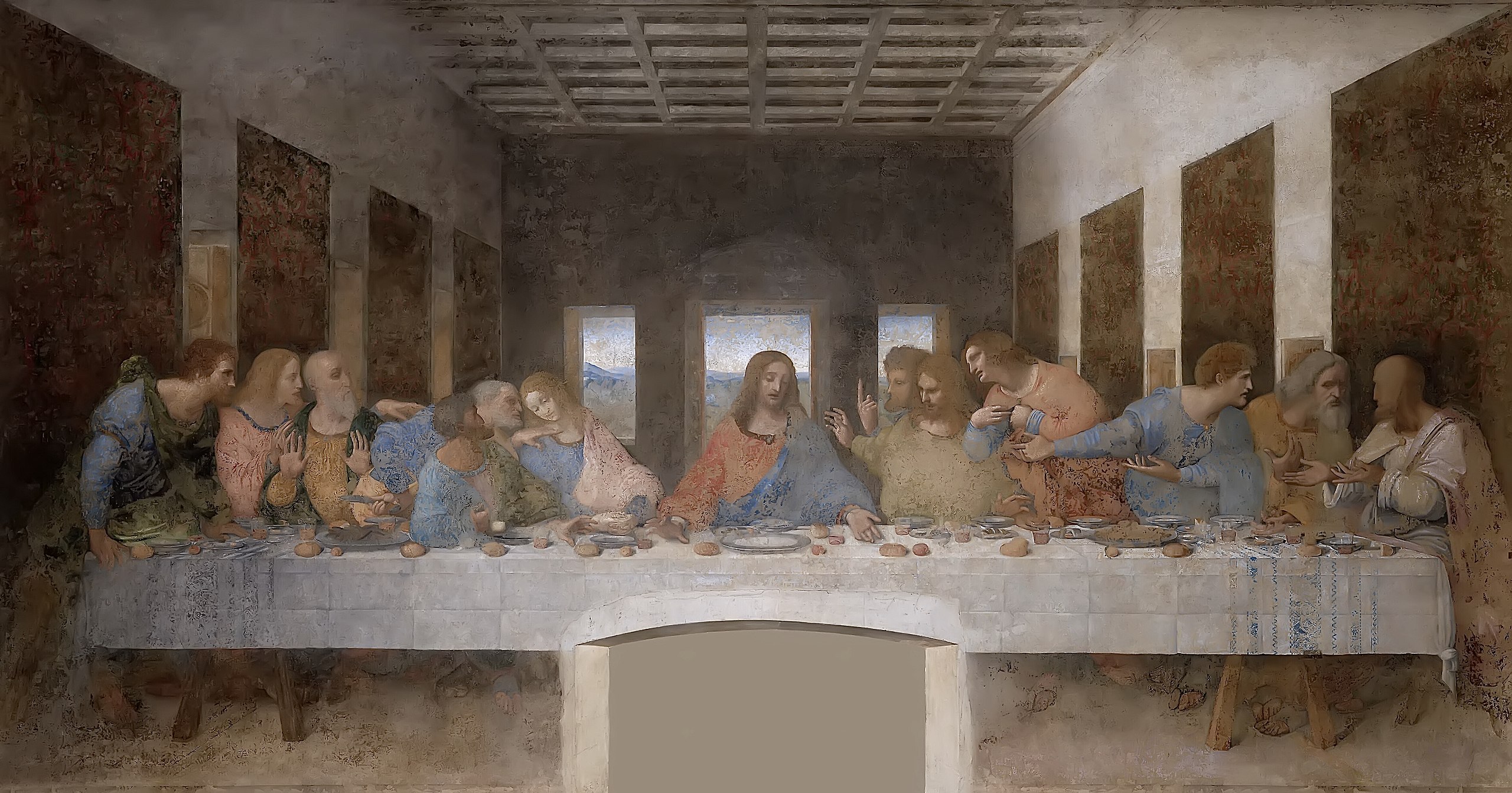 Jesus’s final meal has spawned a whole host of interpretations. What does it mean to “eat God”? Are we really eating Him? What is “remembrance,” and who must remember? Does Jesus know the significance of what he does? Is this just kind of a weird bro meal that Christians are doomed to relive?

In the so-called Last Supper, Jesus and his disciplines are in Jerusalem celebrating Passover—so this final meal is actually a seder of sorts. One of the many ways that Jesus points back to the Torah and his Jewish roots.

Gabriel points out that transubstantiation (the belief that the consecrated bread and wine is Jesus, doesn’t just stand for Jesus) is a great way of preventing bread and wine from being idolatrous symbols. As Phanuel adds, Jesus is also compellingly modifying the symbolism of Passover: where in the Passover story the lamb’s blood saves the lives of the Israelites who smear it on their doorposts, thereby warding off the Angel of Death, in the crucifixion story Jesus’s blood saves the lives of believers who escape Death by living forever in heaven (either before or after the Last Judgment).

In a way, then, the Jesus narrative is telling the Genesis/Exodus story backwards, as Lucifer elaborates:

We could even extend this parallelism to the Giving of the Law and the Annunciation…both encounters in which a chosen, parental-ish person (Moses, Mary) communicates with God and receives some kind of new message… Of course, all of this is a quite Christian, prefiguration reading. But seeing all these parallels does help explain how the Christians have been so freaking successful with their repurposing of the Hebrew Bible. Two thousand years of intense close reading have really paid off!

OK. But what actually happens in the Last Supper? What’s the deal with eating Jesus’s body and blood? It is kind of a weird thing to bring up at a meal with your friends, even friends who kind of hero-worship you. Jesus seems to be riffing on the Passover ritual (do they even do the other stuff you’re supposed to do, like eat the bitter leaves? Probably not — since this likely evolved later in the Judaic tradition). In particular, Jesus is taking the place of the lamb whose sacrifice is mandated yearly in Exodus 12—Lamb of God, anyone? (The parallels are like, so, so, good.)

Side note, on the question of whether Jesus was actually participating in a seder:

That Jesus ate a meal in Jerusalem, at night, with his disciples is not so surprising. It is also no great coincidence that during this meal the disciples reclined, ate both bread and wine, and sang a hymn. While such behavior may have been characteristic of the Passover meal, it is equally characteristic of practically any Jewish meal.

We finished the discussion by talking about how the Gospels’ account of the Last Supper seems to draw heavily on 1st Corinthians, where Paul brings it up. Gabriel may lead some discussions on Paul in early 2022 (fun!), but we did touch on some interesting things about how the Gospels, despite having “authorial names,” also give the impression of authority because of their narrative form, whereas Paul’s argumentative style makes his points about the Last Supper feel a bit forced. Which of course is ironic given that Paul was likely writing decades before the Gospels were written down! The New Testament is truly temporally tangled.

Jesus is a master of expanding and collapsing the metaphor! Also kind of morbid.

Gems from the Chat

The Last Supper is a power pose for faith